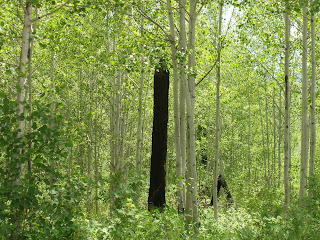 These last few days have been taken up by my entanglement with beginning The Artist’s Way. I know. Go figure. I’ve not done this before.

I began Week #1 today. So far I’ve managed to do my Daily Pages and am working my way up to actually reading the rest of the chapter on the Week’s action plan.

I’d like to give everyone a rundown of my reasoning for taking this step in my personal process of becoming a writer.

First of all, I have to admit to being the quintessential student who needs this course of action. Julie Cameron, I know, wrote this book just for me. After all, I saw myself staring back at me from every page I’ve read so far. That’s scary in its own right.

I’ve spent an entire lifetime fighting my way to this stage of my development. And Heaven help anyone my age that’s just now getting here. We’re all in need of mutual support on this one. We’ve had so many decades to get those derisive little beasties of mental negatives buried deep into the cortex of the brain’s energy center.

The Artist’s Way looks scary in so many way, and I’m sure there will come a time when I want to scream and pitch this book as far as my fat little arm is capable, but I will persevere. I’ve fought too long to get here. I don’t intend to drop out of the race again. This is my last shot at being the writer I want to be. So in that capacity, The Artist’s Way has already done part of its job. It’s already ticked me off--at myself--for taking this long to get serious about this career and this process.

For the second time in my life I’ll be able to vent all the pent up emotion surrounding all of those people who’ve kept me from taking this step for so many years. The first time, I had to pay lots of good money for the privilege of venting. This time I only have to pay with emotional relief and the self-flagellation at having taken so long. It’s a price I can live with, considering the fact that I've had lots of practice with self-flagellation so far to keep me from writing.

I spent much of last week, through the weekend, and on into this week working on an essay for submission. It was a prompted essay on FOOD for the journal of Creative Non-fiction. I’ve always written essays, but this one was different. The was the first real one for competition and publication. It had a different emphasis, one in which I could combine several subsets of ideas, weave them into a piece of cloth that had one over all picture--a picture of days gone and mourned.

I know, it sounds peculiar, but it wasn’t really. It took the form of nostalgia for those days of childhood which could never be revisited. Not just because of my current age, but because those things of which I spoke didn’t exist any longer. Progress and a changing society had removed them from the table of viable choices. At the end, I allowed myself to mourn on paper what was lost and why it had been lost.

It was a statement about the culture that was lost, the environment that had been raped in so many subtle ways, the history that few would learn of in the decades ahead. I put everything into it that had been on my mind for years. For, in truth, I’d been waiting two decades to write that piece and have a place to send it--a place where it belonged. I’d come to catharsis.

I didn’t begrudge the time spent on it. I did thank God that I had a wonderful editor to take me through that crucial process to make it worthy of sending. I became a real writer when I finished that piece and dropped it in the mailbox to the publisher.

I’ve never had that particular feeling before. I wasn’t quite sure what to do with the emotions of satisfaction and confidence that washed over me when that essay was on it way into the world. That’s when I knew for certain that it was time to begin this journey, this Artist’s Way.

To all of those traveling this path with me, consider yourself supported. Our journeys may seek different destinations, but the process is the same. May good fortune smile upon you and guide you to your heart’s desire.
‘Til later,

Claudsy
Posted by Claudette Young at 10:42 AM