News, Words, and All Things Inspirational 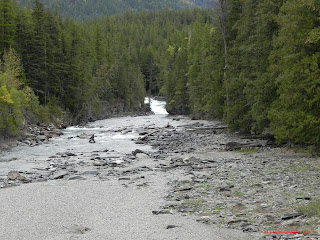 I’m doing something different today. I’m going to walk a different trail and show you the kinds of things I look for when anticipating a new story or article. I know. Fascinating, right? I just wanted to share my enthusiasm for the eclectic mindset.

In one of the critique groups I work with, I act as moderator. This year when we reconvened at the end of summer, I proposed a new way of working, at least for the school year. I proposed that each writing cycle a prompt composed of actual news articles with submission guidelines would act as inspiration for the work being done. A cycle is comprised of one submission for critique from each member.

This group works in children’s writing. Each cycle’s guidelines state target age, word count maximums, fiction/non-fiction, and marketing list. The members liked the idea and it was accepted. We’ve come close to the end of the second cycle just ahead of NaNoWriMo. Believe it or not, we’re working through NaNo as well.

Now I want to show others the ways and means of our exercises in inspiration. Perhaps others can play the same game to come up with stories and articles for submission.

My first job is to find two articles for prompts each cycle. They are used to inspire a Work In Progress. They don’t need to act as the core of the WIP.

Here are some examples by link I might use later.


Each of these articles came out within the last few days. All are interesting, and all have many angles for the writer to use. For example:

Ever wondered why in the normal commercial time during your favorite TV show seems to go on forever now. You begin counting commercials and are frantic by the number 15. Part of that is due to advertisers recognizing that viewer attention span has shortened in the last several years. TV programming regulations, as I understand it, allow a determined amount of time for commercials at a regulated number of breaks during a program’s air time.

In order to keep viewers from switching channels during those breaks, commercials have become flashier and edgier over the last few years. They’ve also become shorter. Ten + second commercials are rapidly becoming the norm rather than the minute-long ads of yesteryear. Because a designated timeframe is allowed for commercials, the shortened commercial allows more repetitions per break or more diverse advertisers per break.

And now you have the kernel of the situation. Lifestyle has changed. Attention span has shortened.

Advertisers notice and compensate. Viewers scream at seeing what appears to be less program and more advertising. A match made to try the patience of anyone. However, for the writer, fiction or non-fiction, this is a recipe for wonder.

1. Has technology led to this seeming inability to focus for lengthy amounts of time by the general populace?

2. Does the problem remain constant across the demographics of the population?

3. Can American teens concentrate well enough to compete with those in other countries?

4. Puberty’s raging hormones and short attention spans. Is there a link?

6. A lyrical adventure to find a fleeing attention span to bridge a mental gap.

7. A look at the possible future of education, socialization, communication, and task completion.

8. Five practices that a parent can foster to ensure an attentive child.

The above are each linked with a corresponding market and target age. It’s the guidelines that narrow the field. These are the ones I’d use for my group.

Short, sweet, and ready to rumble.

Almost anything can be a prompt. I find it stimulating to take one article and come up with at least 10 prospective uses for the information.

There is one problem with this method of work and it's one the writer must keep in mind at all times. If someone truly enjoys this type of work, it’s easy to get carried away and never move away from a prompt until it’s been exhausted to the point of emaciation. When you begin, set a limit for yourself. Decide before you begin how many slants, angles, whatnot you will use with a prompt. Then, stick to your number and don’t allow that little voice in the back of your mind to talk you into just one more before you go.

I admit to having to guard against that little voice on a frequent basis. Some of the writers I know complain occasionally about not having anything to write about. It’s a complaint I will never share. I simply cannot understand how someone can’t find something interesting to write about.

I sometimes think it comes down to being a forest-rather-than-a-tree sort of person. I always see the forest. Some can only see the individual tree. It’s a matter of how the mind works for the person involved.

Here’s hoping everyone gets to see the forest of possibilities that awaits the writer willing to take a walk.